Journalism
You are here: Home1 / Journalism2 / Health3 / Emotional Health4 / The Endocannabinoid System and why so few people know about it 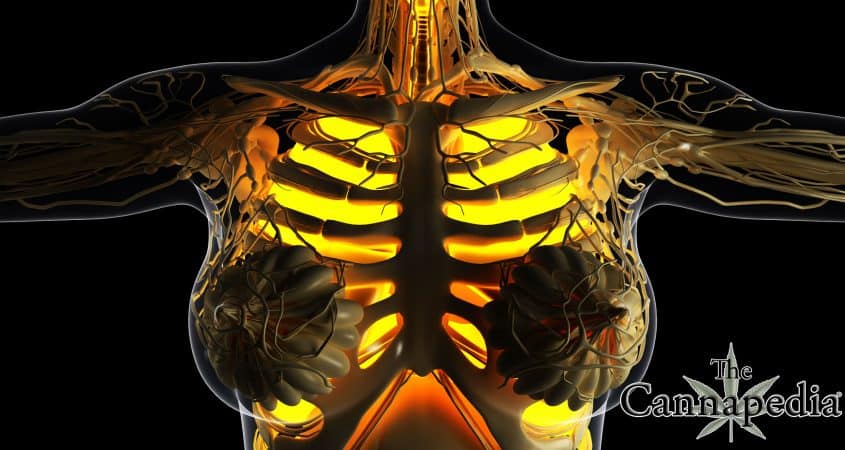 If you’d asked me a year ago about the endocannabinoid system, I would have stared at you blankly while uttering a confused ‘endo-what?’

That’s not to say I’m someone who has no clue about health. As an ex-bodyworker, my training involved learning about all the major systems in the body, or so I thought. But before entering the world of medical cannabis, the endocannabinoid system just wasn’t on my radar.

And I’m not alone. Most people I know have no knowledge of this integral biological system. And like me, with even the briefest of explanations, their eyes light up in wonder and curiosity. It’s as if suddenly everything makes sense, with the proverbial ‘aha’ moment – “Oh right, that’s why cannabis helps so many conditions’.

So, a year into my cannabis immersion, I wanted to get to the bottom of the question: why do so few people know about the endocannabinoid system (ECS)?

A first clue lies in the manner in which the endocannabinoid system1 was discovered. Since the 1960s, scientists had been studying the active compounds in cannabis; and it was through their quest to understand how THC worked in the body that they found the first cannabinoid receptor in 1988.

This was followed by the identification of the body’s own cannabis-like chemicals that, like THC, fitted into the cannabinoid receptors causing physiological changes in the body. The resulting communication network located primarily in the brain, central nervous and immune system became known as the endocannabinoid system (ECS). Its role – to act as a biological regulator, ensuring that balance is achieved in the body.

The ECS is implicated in everything from chronic pain, tumor growth, metabolic diseases, anxiety, and epilepsy. Scientists have seen that compounds within the cannabis plant interact with the ECS, and in the process ease symptoms such as nausea during chemotherapy, chronic pain and can even reduce epileptic seizures.

And yet, these very compounds are classified as having no accepted medical use2, a decision made prior to the discovery of the endocannabinoid system.

According to Greg Gerdeman, Assistant Professor in Biology at Eckerd College in Florida, “The thing is that the schedule 1 status is so extreme that it creates all of these barriers to research. The DEA has stonewalled researchers to be able to look at herbal cannabis and study its outcomes. For this reason, just the whole intensity of the scheduling has made it difficult to make progress.”3

By progress we can talk in terms of understanding the full extent of the workings of the ECS, researching therapeutic properties of cannabis that are not related to its abuse, and getting herbal cannabis-based medication through all the appropriate protocols; such as double-blind, randomized, three-stage clinical trials.

This lack of herbal cannabis medication on the market is a major contributing factor to why so little is known about the ECS in medical circles. According to Gerdeman, an average doctor in the US gets much of their information about advances in medicine from drug reps who have a product under development.

Right now, due in part to the schedule 1 status, selling herbal cannabis products is not on the pharmaceutical companies’ agenda, and so the only information that reaches doctors about cannabis is regarding its potential harm.

However, in states and countries where medical cannabis has been legalized and commercial cannabis-based products are on the market; doctors are clamoring for more information about the ECS and the medicinal uses of cannabis. In Israel, for instance, the Ministry of Health’s Medical Cannabis Unit trains doctors so that they can prescribe medical cannabis for patients with qualifying conditions.

Is the endocannabinoid system taught at medical school?

But what about the doctors of the future? Will the endocannabinoid system feature on their med school curriculum?

Back in 2013, David B. Allen MD commissioned a survey in which all the medical schools in the US were asked whether they included the ECS within their syllabus.4 Only 13% were found to teach it in any way, with Dr. Allen declaring that “research and education of medical students involving the ECS is being intentionally restricted by politics.”

This finding sent shock waves through the medical cannabis community, with many wondering what hope there was for an integration of medical cannabis into the healthcare system if most health professionals were unaware of the physiological system underpinning its effectiveness.

In other countries such as the UK and Spain, the endocannabinoid system is taught in many if not all medical schools, although surprisingly in Israel, it is not.

Could more knowledge of the ECS change cannabis scheduling?

So, whatever way you look at it, the therapeutic future of both the endocannabinoid system and the cannabis plant are defined by what is essentially outdated drug scheduling. But could a greater knowledge of the ECS allow cannabis to come out of its 50-year hinterland?

Gerdeman thinks this could be the case. “Discovering the ECS is liberating cannabis from the schedule 1 paradigm where it hasn’t really ever belonged,” he says. “And naturally it feeds into the narrative that cannabis in some shape or form could be beneficial to so many different people.”

It would follow then that as more knowledge of the endocannabinoid system seeps out of the research labs into the knowledge bank of doctors and the public at large, a change in scheduling of cannabis might just follow.

So, it’s time to go forth and publicize our neglected, biological best friend, the endocannabinoid system. Get informed, spread the word, and let’s help give the ECS the recognition it deserves.

Mary Biles is a British freelance writer-blogger and wandering spirit, mostly based in the Andalusian capital of Seville, Southern Spain. She is passionate about the healing potential of cannabis and is currently a guest blogger for CBD oil innovators Endoca.