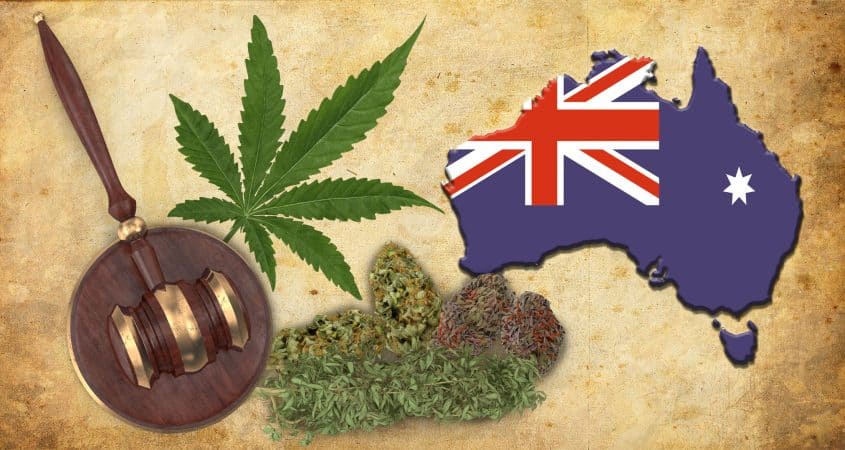 Pauline Hanson has become an unlikely hero to all those requiring medical Cannabis.

On January 8th, she directly lobbied Prime Minister Malcolm Turnbull to provide an amnesty to suppliers and users of medicinal cannabis.

This appeal came after police raided the Adelaide home of Jenny Hallam – a 44 year old woman who produces and gives away medicinal cannabis oil to people in need. Ms. Hallam has been reported for drug offenses and had equipment and products removed from her home.

Ms. Hallan tweeted out a case study of one Queensland child whose life would regress to a nightmare without the oil.

The girl’s father, Steve Peek, backed up these claims by saying their supplies are running low and now they fear for the health of their daughter:

“We only have enough to last until next week,” he said.

“Yesterday, to try and stretch it out, we didn’t give her the midday dose and at a quarter to six last night she started having seizures.”

Other patients who used Ms. Hallam’s oil have also spoken out in her defense.

Ben Oakley from Wollongong, said he uses the drug to relieve pain and life-threatening seizures he suffers from the rare neurological condition known as stiff person syndrome.

Mr. Oakley used to suffer from full-body spasms, more than 600 spasms over four years – some of which lasted as long as two hours.

In the 19 months since starting medicinal Cannabis, he has had only 3 spasms, which lasted no more than 20 seconds each.

“My supplier, a person who has changed my life, if not saved my life, Jenny Hallam, you are incredible,” he said.

“You’ve been able to give me the life I thought I was going to lose. It’s pretty disappointing the police have raided her and taken all of her crops.”

Mr. Oakley will run out of oil in a few months, and isn’t sure what will happen then.

It is believed that Ms. Hallam supplied oil to 200 people across Australia, and now they are all left in a similar situation. All this, because Australia has yet to change its laws on the legality of the Cannabis plant.

After watching Cannabis Oil save their 3-year old granddaughter from nearly 1,400 seizures per day, Barry & Joy Lambert donated $34 Million to Sydney University for Medical Cannabis research. But so far, NOTHING WORTHWHILE has been done with their money.

Meanwhile, his own son has been charged with illegally producing cannabis oil to help save his family.
“They shouldn’t have to break the law,” Barry says. But saving a life is more important than following the law. His wife, Joy, adds: “So at 67 I decided I could be civilly disobedient and just do what was right for the children with epilepsy. That’s how I see it.”

But saving a life is more important than following the law, his wife Joy, adds: “So, at 67 I decided I could be civilly disobedient and just do what was right for the children with epilepsy. That’s how I see it.”

WHAT YOU CAN DO:

Ms. Hallan has recently tweeted that she launched http://cannabislife.com.au  where you can register to receive her whole plant Cannabis oil products. You can hear an interview with Ms. Hallan on ABC Radio here.

Barry & Joy Lambert continue to support the Sydney University Lambert Initiative – where you can keep track of their progress.

However, the most important thing you can do is contact your government representative!

Contact the Prime Minister and urge him to intervene and help save these families. Contact his office on (02) 9327 3988.

Medicinal cannabis use is still illegal and only available through trials and limited special access schemes.

But, in late 2016, the Federal Government passed legislation legalizing the cultivation of cannabis for medicinal purposes.

Queensland doctors will soon be able to prescribe it for their patients’ treatment. New laws will give certain specialists including oncologists, pediatric neurologists and palliative care specialists the right to prescribe medicinal cannabis from March 2017. Other doctors would be able to apply to Queensland Health for permission to prescribe the drug for patients with certain conditions.

The State Government announced in April specialist medical practitioners would be allowed to prescribe the drug to patients suffering serious and chronic illness from 2017.

Contacting NSW Premier Mike Baird can be done through this online form.

In July, NSW Premier Mike Baird said 40 children in the state with the most severe cases of drug-resistant epilepsy would now have access to a cannabis-based treatment under a compassionate access scheme.

NSW is conducting a trial for patients suffering vomiting and nausea as a result of chemotherapy.

The WA Government previously said it would not conduct medicinal cannabis trials until it received the results of testing in New South Wales.

You can contact SA Premier Jay Weatherill by using this online form.

In April, SA Health Minister Jack Snelling ruled out changing the law in South Australia at this stage.

It’s legal here. It was the first state to pass legislation legalizing the use of medicinal cannabis.
You can contact the Premiere by mail, email, telephone, fax, through the National Relay Service or using the contact form on this page

The Benefits of Terpenes in Cannabis Essential Oil
Scroll to top